The Russian Far East is a special place. The proximity to the Asia-Pacific region, logistics advantages, vast natural resources and untouched nature provide unique opportunities for the creation and development of completely different business projects.

Within the framework of the current system of state support of investment projects, the Far East is doing everything possible to enable entrepreneurs to work comfortably and use the necessary transport, energy and engineering infrastructure. In the daily mode, the activity of residents of the territories of priority development and the Free Port of Vladivostok is accompanied. Representatives of the Far East Development Corporation have been created and continue to be established in the regions of the Far Eastern Federal District. Work is actively being carried out to expand the list of services rendered to investors, to develop and implement new business support mechanisms.

There are nine subjects in the Far Eastern federal district of the Russian Federation:

China, Japan, Mongolia, the Republic of Korea and the DPRK are historically and culturally connected with the Russian Far East.

The development of the Far East is a national priority for the entire 21st century. Today, the region is actively creating the necessary conditions for launching new production facilities and attracting investors. In the priority development areas and the Free Port of Vladivostok, more projects are being implemented in the areas of shipbuilding, logistics, fish processing and port activities, agriculture, tourism and recreation.

Complex accompaniment of residents of ASEZ and FPV on the principle of “single window” is performed by the JSC “Far East Development Corporation”, whose activity is aimed at ensuring accelerated social and economic development of the Far East. The development of business and creation of new jobs contributes to attracting residents of other regions of the Russian Federation and foreign countries to the region.

Due to its favorable economic and geographical location, the Far East of Russia has a special significance in the relations between Russia and the APR countries. In the region, which is an important part of the transport corridor between Asia and Europe, there are 29 sea ports, through its territory there are the largest railroads. In the Far East there are the largest deposits of diamonds, oil and gas, gold, coal, polymetals of world importance. The presence of these resources forms a powerful base for organizing new large-scale production and projects.

The Far East Development Corporation, managing the territories of priority development areas and the Free Port of Vladivostok, implements the competitive advantages of the region and creates tools and conditions for comfortable business.

Main directions of the economy:

Aysen Sergeevich Nikolaev
Head of the Republic of Sakha (Yakutia)

In Yakutia there are mined::

known reserves of gold in Russia:

Oleg Nikolaevich Kozhemyako
The governor of the Sakhalin Oblast

Absolute priority in working with business is the support of investment initiatives. This is especially important today, when additional conditions for stimulating economic activity are created at the federal level. In general, our task is to do everything to ensure that the economy and the social sphere are developing steadily. The quality of life of people in the Sakhalin Oblast must not differ from the central regions of Russia”.

The Region takes place among other subjects of Russia: 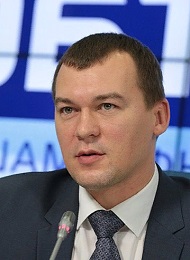 >We, the inhabitants of the Far East, despite the factors of remoteness, appreciation, show that we are able to compete with the advanced regions of Russia. I think that today there are real mechanisms for supporting investors and business in the Khabarovsk Krai. Now, our task is to share and multiply the given opportunity!

In the earth’s depths (in the Far Eastern Federal district) there are:

There are produced in the region (in the Far Eastern Federal district):: 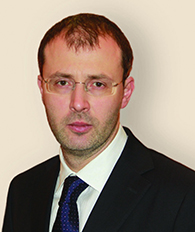 Roman Valentinovich Kopin
The governor of the Chukotka Autonomous District

Chukotka has a long-term development strategy; the district has become the basic territory for the development of the Russian Arctic. Its success stories are known far beyond Russia. And today, largely thanks to these stories, new investors come to the district. At the third Eastern Forum Chukotka concluded 10 agreements for a record 260 billion rubles. It's an investment in our future”.

In the region there are: 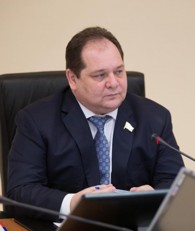 Alexander Borisovich Levintal
The governor of the Jewish Autonomous Region

Today in the region conditions are created for investors and further development of the economy. This task will be solved by the regional authorities even further, using instruments of reducing the tax burden in the Far East, simplifying administrative procedures, the mechanism of the ASEZ and others”.

In the region there are giant fields of: 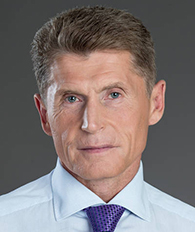 Absolute priority in working with business is the support of investment initiatives. This is especially important today, when additional conditions for stimulating economic activity are created at the federal level. In general, our task is to do everything to ensure that the economy and the social sphere are developing steadily.

In the territory there are known:

Territory of the subject : 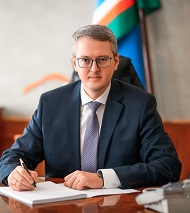 Our main task right now is to create a friendly climate for investors. Any entrepreneurial initiative is a step forward in the development of the economy. Within the ASEZ and FPV regimes we are implementing particularly significant projects for our region. This is the economic framework that will make Kamchatka successful and self-sufficient in the future, raise the standard of life for the population and take leading positions in a number of areas. Therefore, of course, we will continue to strive to attract new residents and improve the legal framework in the field of business support.

Specific weight of the fishery complex of the region:

Territory of the subject:

> 11.3 % specially protected natural territories
from which 8% are in the list of World Natural Heritage.
www.49gov.ru

In the Oblast there are:

Vasiliy Aleksandrovich Orlov
The governor of the Amur Region

The territories of advanced development are new jobs, the growth of the gross regional product, a significant increase in taxes at the end of the grace periods of taxation. Another positive “option” of ASEZ is the multiplier effect: for anchor investors comes the accompanying business. For example, in the ASEZ ”Svobodny”, where the Amur gas processing plant is being built, auxiliary production facilities are already being created: enterprises producing metal structures, consumables, construction materials. The infrastructure necessary for production – roads, power lines, new residential areas are being built. In addition, the municipalities, thanks to the ASEZ, have the opportunity to improve the state of the social infrastructure. shchools, kindergartens, cultural objects are being reconstructed, and physical culture and recreation complexes are being built

In the Oblast there are:

Industry of the region :